Banana Rock is a 5 reels, 10 paylines video slot developed by Play N Go that can be played on online casino sites that have this slot in their catalogue. Starting with a bet of 10p to £100 a spin this game can be tried on all types of electronic devices involving mobiles with different operating systems.

This slot machine’s story is based on a 5-monkey rock band that comes across a town to play a gig at their resident venue. The yellow monkey with a bandana is the lead singer and also the most paying symbol in this slot, offering the user 40 times prizes per stake for 5 on a payline.

Along with the rock music theme, this slot game is designed in an eye-catching neon style with flashing lights on winning spins. The background is placed in a rainforest full of dazzling colours with funny cartoon-like monkey artists on the reels.

Compared to other slot sites, there is a wide variety of bonus games represented in this game. For example re-spins with Rock ‘N’ Rollin’ wilds that are locked in place and can associate with others and in this way bring a chain of wilds. But of course, there is also a regular wild that replaces all symbols excluding the scatter.

By landing scatter symbols on the reels one and 5, the Free Spins option is activated, throughout which the user can get up to 5x multipliers. This slot can be easily granted with the best online casino title, because of the special Encore Spin feature that will bring users huge amounts of real money due to multipliers of up to 25x.

Banana Rock is a medium-variance game and has a RTP OF 96,6%, with a highest win potential in a single spin of 2,500x per stake that can be won only in the Encore Spin feature. Unfortunately, the user can’t play with no deposit, but it is possible to train his/her strategy on how to play in the free demo version of the slot and practise the most important moves that will bring guaranteed awards.

Banana Rock is based on a rock band with 5 monkey members who come to play in a local venue. But there are also typical low-paying symbols on the reels that are styled in neon, namely A, K, Q, and J royals. 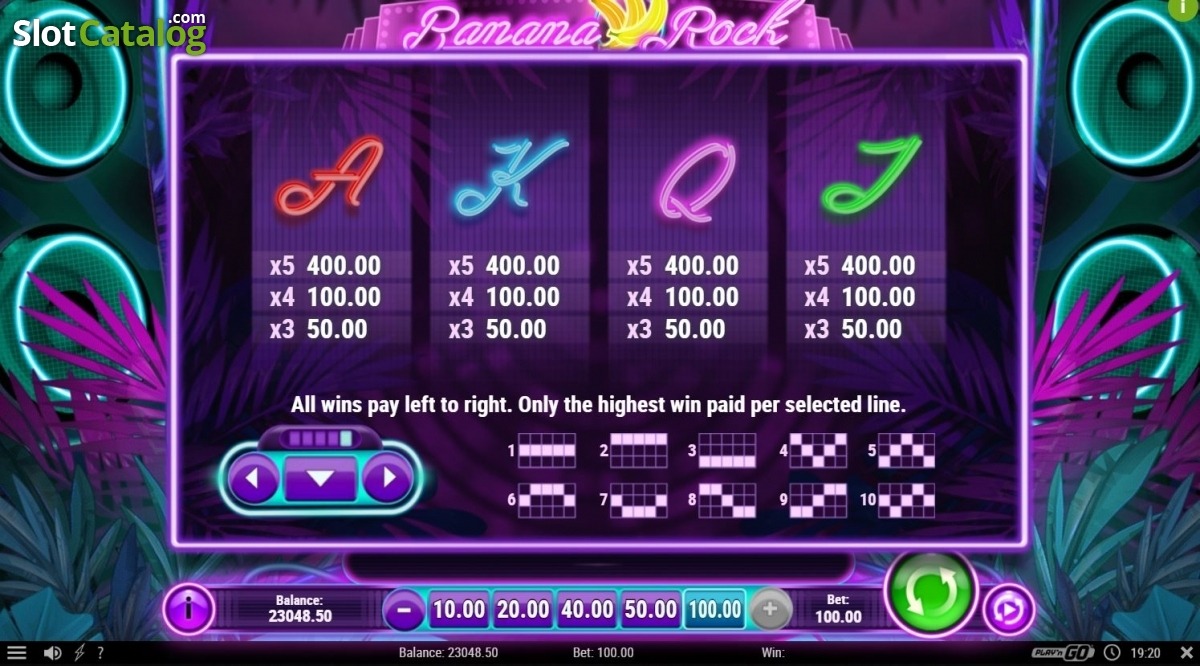 Wins are estimated when the reels stop spinning. The user has the chance to hit a full of wild symbols and in this way take a huge prize of 400x per stake.

In this slot review, we want to focus our attention on the highest win potential features in the Banana Rock slot, that are the following:

To rise up the speed of the spins in the Banana Rock slot, the user should click on the lightning icon placed in the left lower corner. There is also the “Autoplay” button that sets the reels in motion up to 500 spins and can be stopped manually in any desired moment or players can choose a definite payout amount that, once is reached, will automatically stop the spinning process. 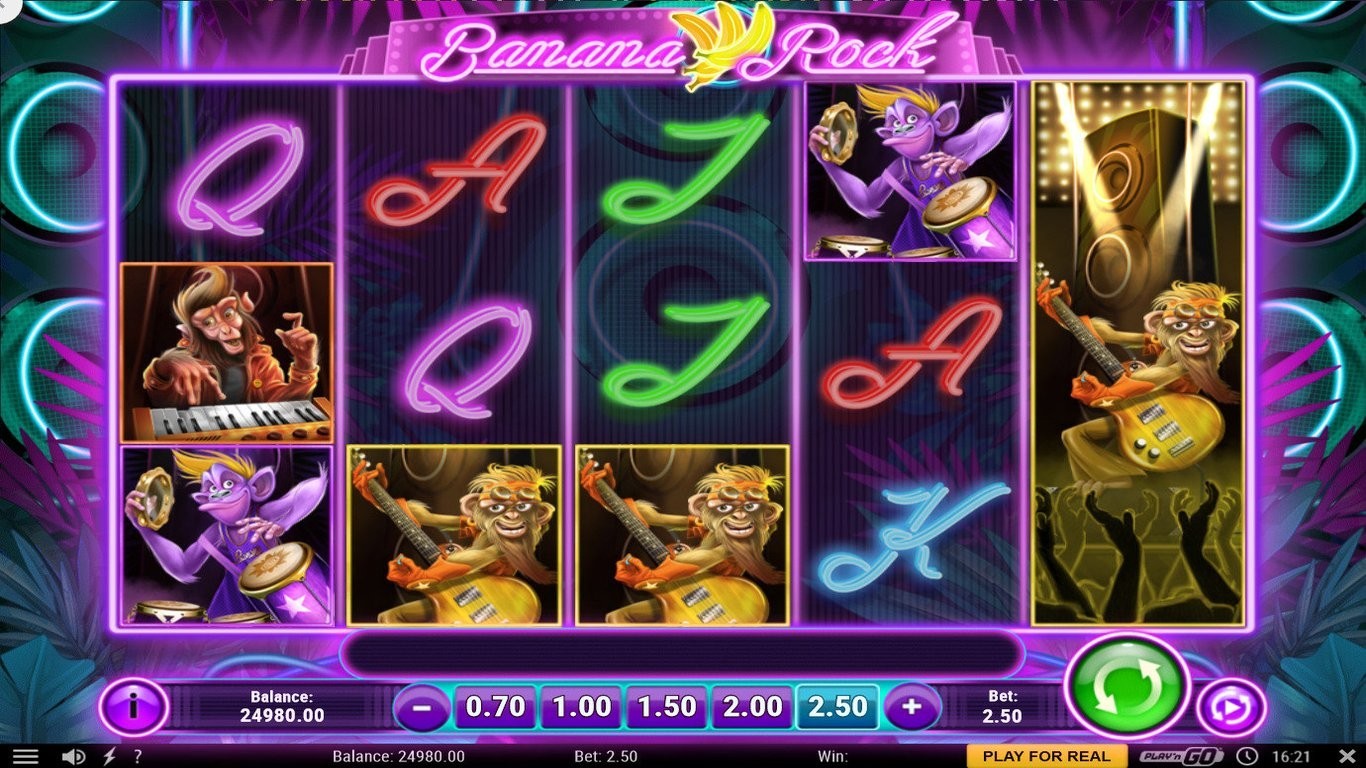 Here are some informative details to know:

Banana Rock is a slot for users who like to be a part of funny adventures and love rock music. It is entertaining during the whole gaming experience due to its special visual and sound effects, but also the special features that are generous to the user.

However, it takes some time until the extra rounds are triggered, but if they do happen the player will certainly take great prizes that can reach 2,500x sum.

Also the betting range that starts from 0.1 is very appealing to the low-limit budget users, so that even placing small bets has a huge winning potential due to the fact that this slot has medium volatility.