Fire 88 is a slot game presented by Pragmatic Play in 2018 focused on Asian atmosphere. It includes Chinese lucky symbols such as dragons, red color and glittering diamonds. The user can experience the moments of celebration through gains of real money.

This slot machine will be especially interesting for new starters, because of unexpected 3-reel strategy play. Three rows with three lines and seven pay lines to go with them, easy enough to be played by the users. The game is simple. By pressing autopay, the lines start moving.

Of course, the user will get lots of bonuses during the game, once the user sees the 88-jackpot symbol three times on lines. Also, in the bonus game the user can choose the golden coin to reveal the jackpot. There are three distinct jackpots. The mini-jackpot increases the total stake by 38 times. The Major Jackpot multiplies 88 times and the Grand Jackpot even 888 times. The minimum stake in the game is 0.07 euros, maximum is 35 euros. The user has seven pay lines where he/she can try the luck.

Fire 88 slot site makes possible to touch the win. Land 3 combinations of 88 symbols brings in the pocket of the user 14 times the stake amount of free play. Not only that, by landing 3 combinations of 88 symbols triggers also the jackpot demo. Then, the user is directed to a new screen where the user will see 9 gold coins, behind which it is to be found Mini, Minor or Grand symbols. 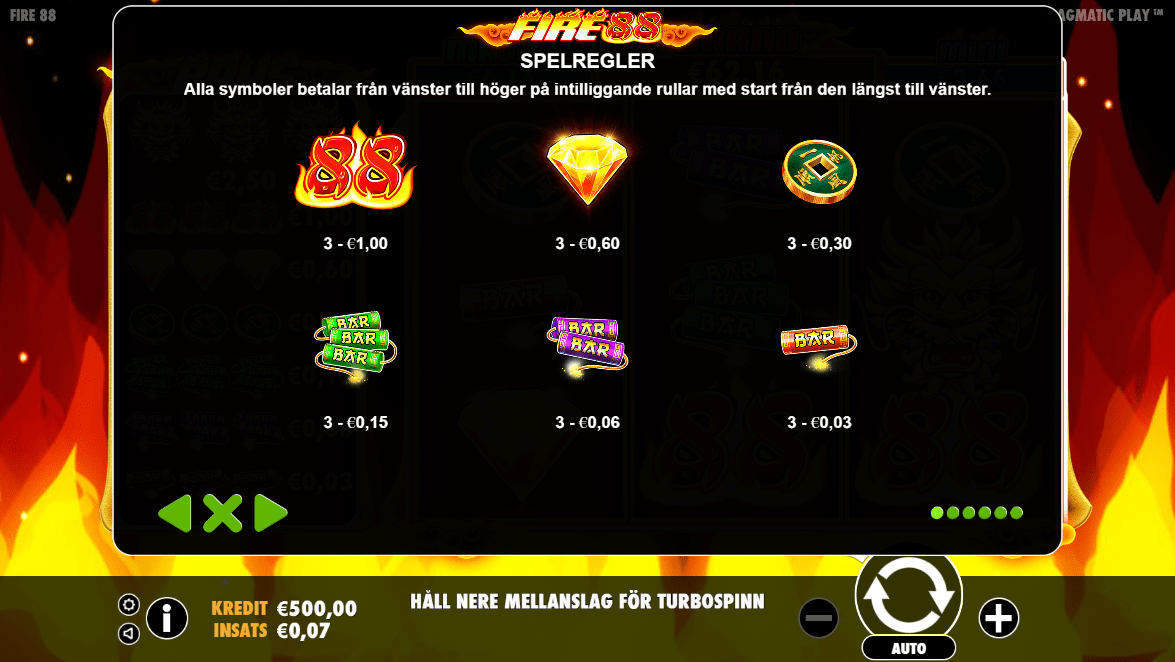 The rule is simple, to pick until landing symbols 3 that match. The user then wins the corresponding jackpot prize. To set the stake on an online casino site, the user should open the menu from computer or mobile and hit the + or – sign, where the user can choose how to play, with close to no deposit per stake, namely for 0.07 euro or to increase the number of free spins by playing with a maximum stake.

Even more beneficial is the dragon symbol, having the power to replace other symbols, it provides winnings of circa 35 times per stake, as long as the user can land 3 of them in a line. Landing two of them on a line will trigger the Respin trait- the payout from the initial spin is primary. The reels featuring the 2 wilds are both frozen and the third reel spins again. Then comes a second payout, if the user becomes a winner, which is more than possible.

The value of RTP in this game is 96,46 %, which is a good level mark for the slot. This is a medium volatility slot; in this way the user is ensured for a good stability between smaller base game wins and the chance to win one of the three big jackpots.

The symbols in the game are aligned from left to right. They only count for the reels that are next to each other. Very exciting is that there are still some jackpot stickers. These will appear when you the user has the 88-jackpot symbol three times on lines and could thus secure a bonus game. What is noticeable is that the user does not have a scatter here. However, we didn’t really miss it through the gaming process, as the bonus games are the big deal in the game. Fire 88 pay lines are easily designed, for a better illustration on how the user can get even more bonus games, here is a quick slot review of the discrete features:

What is actually so captivating in these 3 reels slot games, is the simplicity of its starting and the easy handling playing functions. It’s enough for the user to spin the reels and soon it is already possible to win by catching 3 symbols on one of the 7 active pay lines. Fire 88’s magic hides in the winning simplicity itself. 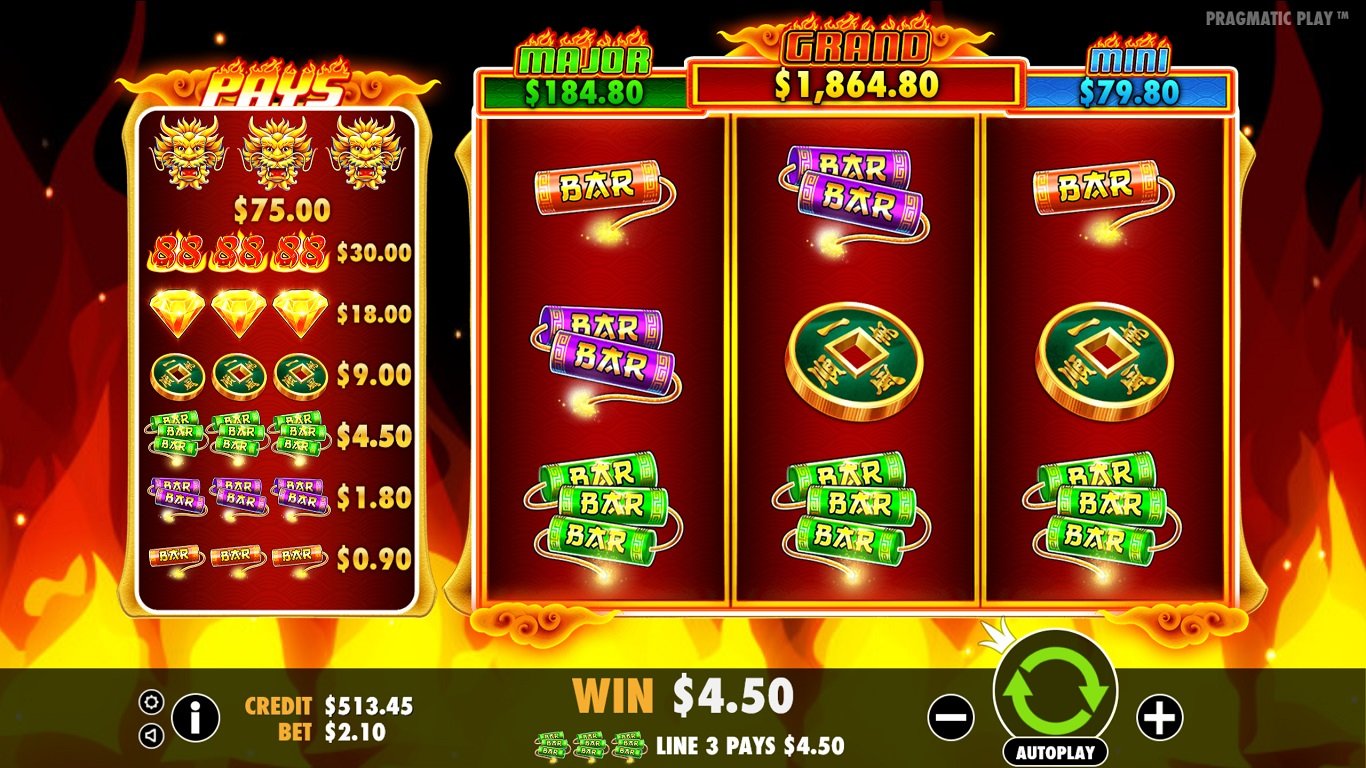 The necessary movement for a win resides in the simple matching fact. It is sufficient to match 3 symbols on one of the 7 active pay lines. It offers 3 red firecrackers as the lowest reward, which provides a 35x multiplier on the user’s line bet. By matching 3 Fire 88 symbols, the user can play for one of the 3 jackpots prizes, one of them including a 5-figure total, if played with a maximum bet.

Fire 88 offers exactly the feeling that we lack in our day-to-day life. The captivating festive atmosphere is created particularly through the easy winning chances, clear and simple way of playing, which are easy to understand for all customers. Even if the scatter is missing here, the game still offers numerous opportunities to multiply your winnings.

All the buzz belongs to the opportunity of winning an 888x multiplier jackpot, which in turn is favored by the huge amount of 3×3 hitting possibilities. Fire 88 does not offer free spins, but the bonus features let the user get the opportunity to win the Major jackpot with its 888x multiplier and a 5-figure prize, if the user plays with the maximum bet. All these details make Fire 88 a sure way to win not only money, but also good mood through the captivating and jovial atmosphere of the game.