Hugo 2 virtual slot machine is a very popular game developed by Play ‘N Go. It showcases a comeback of a famous Hugo slot that had been one of the biggest successes of this Swedish-based gaming studio. The upgraded version is a same reiteration of the quest for treasure topic, cartoon-fashioned and well known, but with a slicked design, better quality 3D animations, with the same cherished soundtrack and sound effects.

The plot of the game is set around golden bullions, tons of coins, diamonds and various gems, the Afskylia’s Skull Cavern being the most desired destination. This slot game has 5 reels with 10 pay lines winning combinations being formed from left to right. Coins are used for in-game purposes, with values ranging from 0.01 to 10 US dollars.

The minimal bet is 0.10 coins, the maximum allowed bet – 10 US coins. The betting system is fairly flexible, allowing for various categories of players of players enjoy this branded slot regardless of their budget limitations and interests. The house edge of the game is 3.47%, while the return to player rating (hereinafter, RTP) is as much as 96.53% depending on the casino. With a volatility labelled as high, this game is prone to bring surprises, so its max win of 500 000 US dollars can be expected for everyone regardless of the size of the bet.

The game has a standard gameplay, with wilds, free spins and scatters, multipliers so cherished by players, and a distinct feature – Click Me. Based on multiple slot reviews, it’s correct to state that it is very simple and hardly leaves any questions about how to play. Today many of the so-called best online casinos (having in mind online gambling establishments operated under acknowledged regulatory bodies and strict ethical regulations) offer the possibility to try this slot game in free play mode as it is included in their welcome of bonus offers. As an example of such are Slots Million Casino, Dream Vegas Casino, Karamba and many others. After a couple of tries any player would become confident enough to bet real money and expect the jackpot to occur.

The game is fully mobile friendly, is comfortable to play on any device for in-house or outdoors usage. It features beautifully styled symbols, an interesting gameplay and no need to keep anything in mind as it requires no strategy. This video slot is righteously considered to be one of the most popular slot games of Play ‘N Go.

Hugo 2 features the same set of playing symbols as slot enthusiasts have already seen in the previous version of it. A considerable improvement is the quality of graphics and styling, the symbols have definitely become slicker-looking. The pay table would demonstrate certain minor differences in terms of Hugolina and Don Croco pricing labels, it is advisable to check it before starting to bet. As for the rest, winning combinations are formed in a traditional manner. The set of highest paid symbols comes as follows: 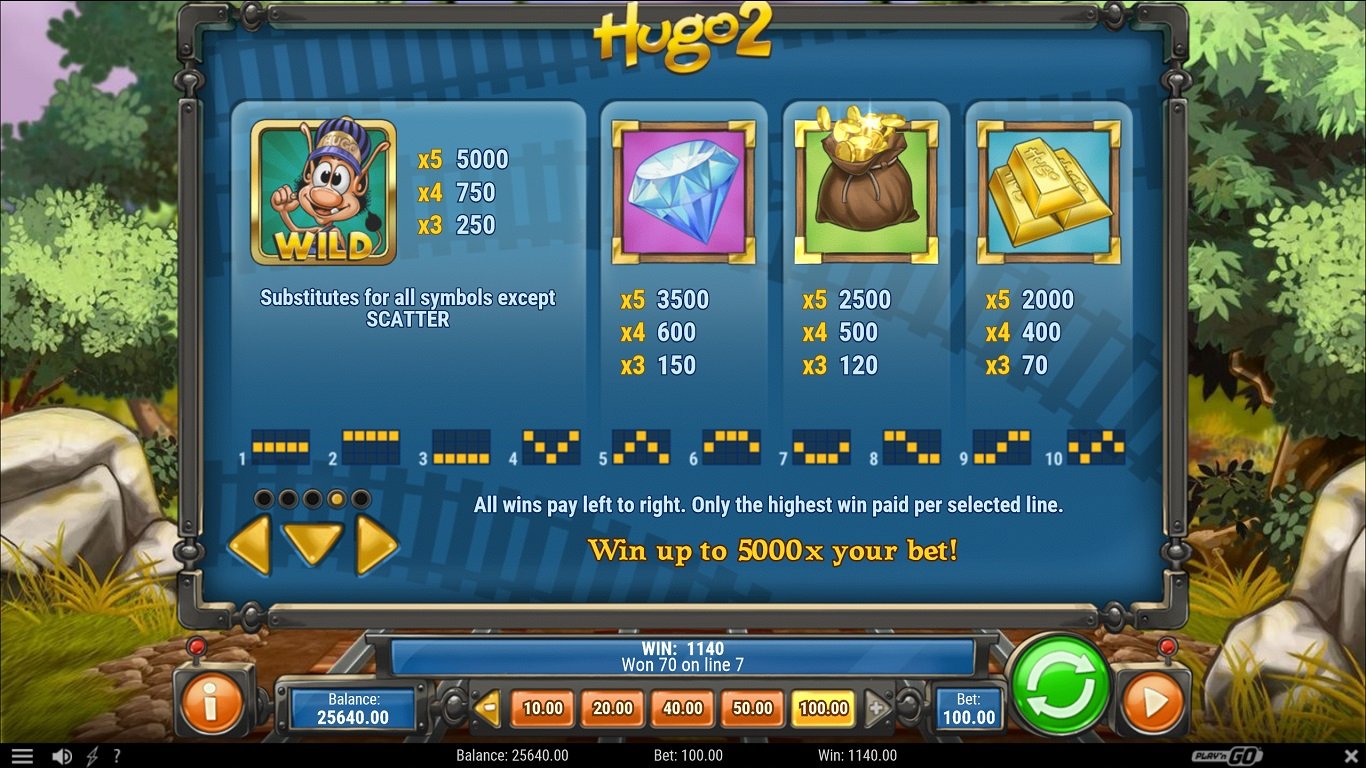 As already mentioned above, there are several opportunities to generate free spins. Firstly, such an opportunity arises whenever 3 or more Afskylia Bonus Scatter symbols hit the reels. This bonus is reported as being highly volatile, meaning it could require time to generate, yet the recommence is worth it. The free spins feature itself is labelled as the Troll Race. With the aim to collect as many bags of gold as possible, the player can expect to get 2 on each spin. When 4 or more are gathered, 4 more Wilds hit the reels generating a winning combination and a free spin.

Hugo 2 does not showcase any sort of jackpot. It is an active, lucrative game that has many fans, this being the main reason for its presence on most slot sites powered by this reliable Swedish agency.

The game is very simple to play, it is a good choice for players with no prior experience in slots as it requires no need to contemplate a strategy or keep winning combos in mind. The plot is simple and attractive, while the controls are easy to comprehend without any tutorials. Still, if such a need arises, there are several ways to learn more about the game. The easiest way is probably doing it in demo mode directly on the official Play ‘N Go website. Aside from a detailed FAQ section (also available in the game), players can find their trailers and an opportunity to play the game with no deposit and even registration required. In addition, as already mentioned above, this game can easily be found as offered for free at many online gaming establishments as multiple online slot sites readily include it in their gaming arsenal. 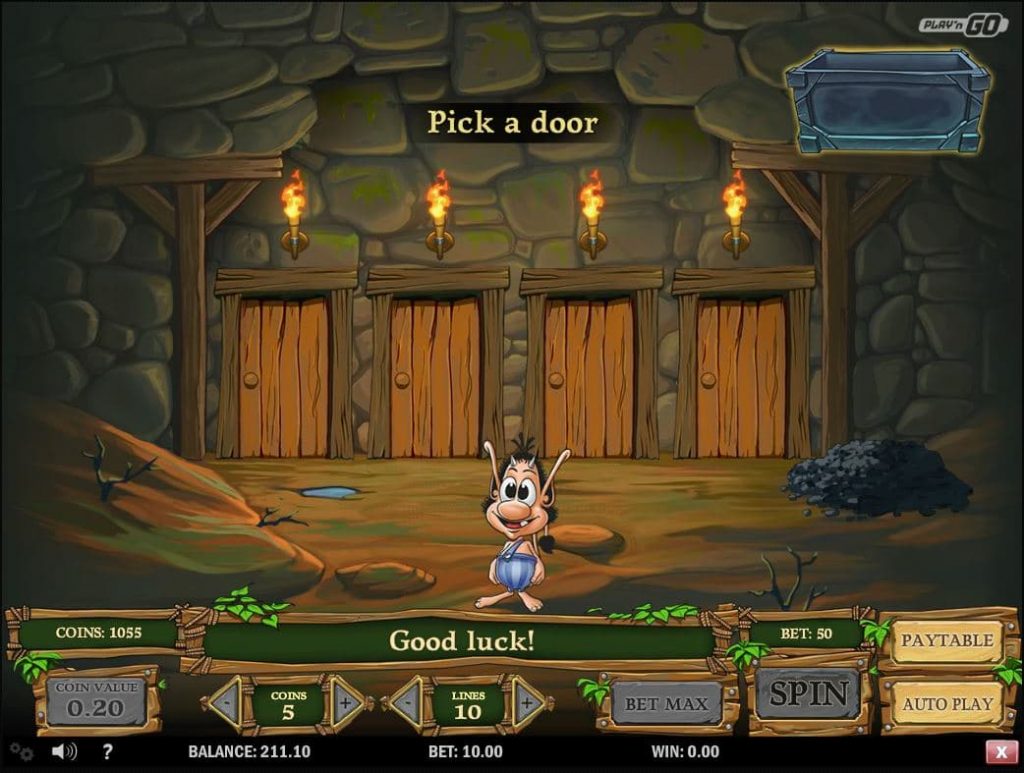 After a quick check across the game description, the player should adjust the game’s preconditions:

As a bottom line, Hugo 2 is a very successful project by Play ‘N Go. Since its release back in November, 2017 as a continuation of Hugo, this slot game not just preserved the entire army of initial version’s fans, but also acquired a new niche of enthusiasts due to enhanced graphics and slightly amended gameplay. Looks like the studio has done its homework very well having learned from the feedback of players on the previous version.

To reiterate it in a nutshell, the main aspects of this game that made its popular among players are as follow: