Lucky Firecracker is a well-known video slot conceptualized and developed by MicroGaming. Based on slot review articles, it is correct to say that the slot enjoys higher than average popularity among users due to its captivating plot, high quality 3D graphics, dynamic soundtracks and an innovative players’ incentivization system rich in free spins and bonuses.

This is the second slot from this gaming provider (first being Gung Pow) that re-discover the far East mysterious atmosphere and specifically the vibrant and colorful Chinese New Year festive season. Released in late 2015, this slot virtual slot machine continues to enjoy increasing popularity today.

The Lucky Firecracker video slot is a 5 reel and 243 pay lines game. This playing mode is labelled as “243 Paylines to Win”. The game uses coins for internal gaming, with coins per line ranging from 1 to 10. Coin’s value oscillates from 0.01 to 1 US dollar, the jackpot being 30 coins. It is worth reminding that MicroGaming is probably the safest online slot development agency from all aspects of this word. Holding itself accountable for Responsible Gaming principles, this agency strives to wipe out the overall negative image of online casino in the society and is frequently said to offer entertainment over profit.

With this in mind, the slot appears to be ideal for players who are searching entertainment, thrill and excitement. Still, the slot can be fairly lucrative given the announced medium volatility and an RTP rating reaching 96.1% in some casinos. Given the wilds, scatters, multipliers and an avalanche of free spins, it has proven to be rewarding, fact that attracts players who like betting reasonable of real money.

It is pretty unusual for a modern online video slot, yet this slot game is available only for desktop and laptop devices though running on any available platform (Windows, MacOS, etc.). No mobile support is provided, so the game isn’t suitable for out-of-doors gaming experience. Quite a drawback as seen by many users. In spite of it, this slot can be found on most the said best online casino  sites and definitely on all slot sites powered by MicroGaming. The simplicity and straightforwardness of this slot guarantees it a place in the niche.

In terms of in-game symbols, Lucky Firecracker is a typical slot that people call traditional and classic. In all aspects it features the same atmosphere, that slot enthusiasts already seen in Gung Pow. These two slot games bear striking similarities in terms of design of gaming space and symbols (different colors on a red background) with traditional Chinese pentatonic music in the back. The quality of OSTs is good, the music isn’t bothersome, however the general opinion is that this aspect could be done in a better fashion to reach the higher quality standard set by graphics. 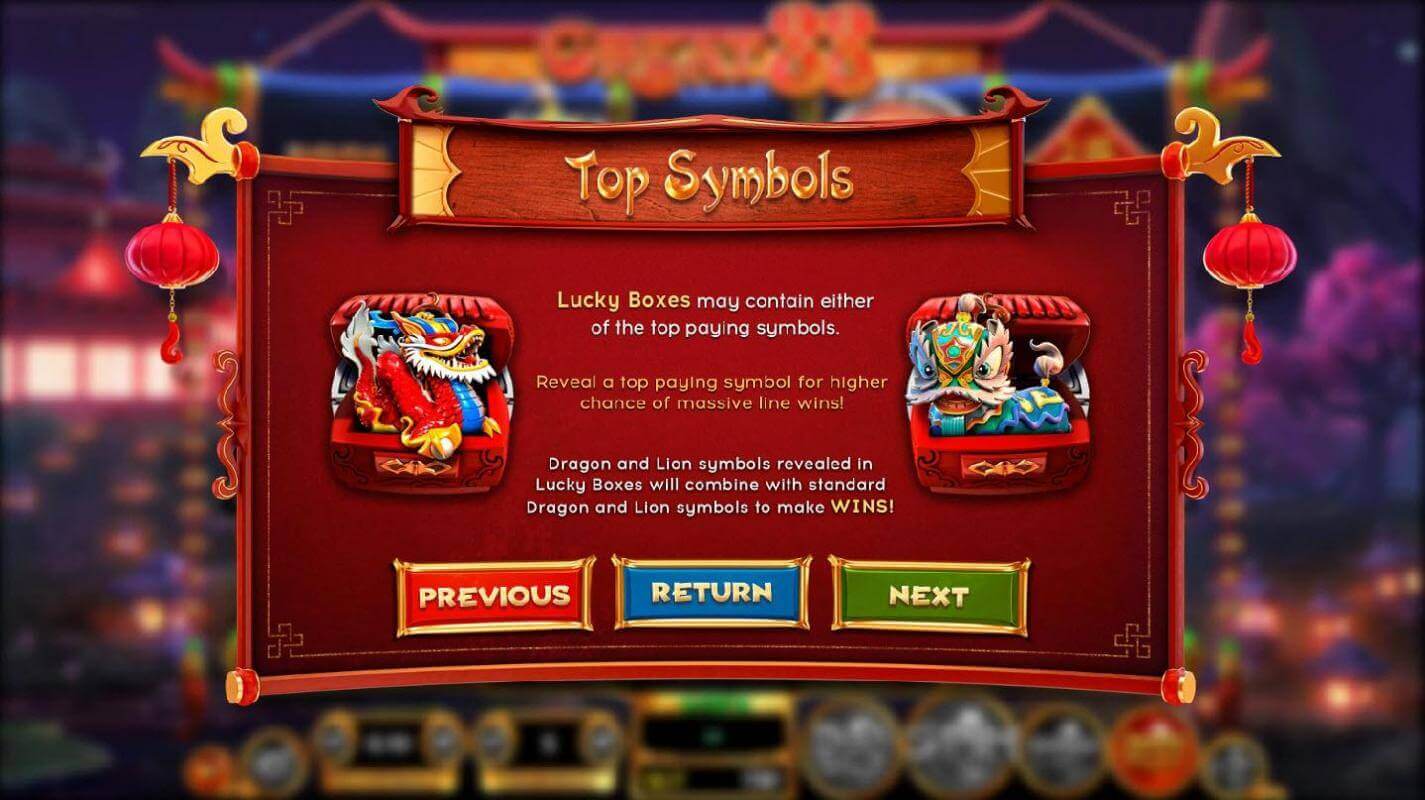 The list of symbols that the player will see includes high and low (cards) value ones:

As already mentioned before, the symbols are styled thematically to match the Orient atmosphere. These are mostly standard symbols, same as standard features are included in the gaming process:

The player wins whenever at least 3 similar symbols are landed on the reels from the left. The amount of the cash prize will correspond to the value of symbols on the winning reel, card symbols being the lowest paid values.

According to players’ feedbacks, this slot provides more than enough free spins and bonuses to keep the excitement going. A player could get 15 free spins whenever 3 scatter symbols are landed. This is the most lucrative facet of this slot since every win/prize awarded to the player is multiplied by 3x. An interesting thing is that this is the only bonus game offer available within the Lucky Firecracker, fact which does not dismisses its great winning potential.

The video slot is considered to be a very basic traditional slot with regular symbols that are regulations very easy to grasp. It hardly leaves a question about how to play it. Despite this, it’s still better to test own understanding of the rules before pushing real money into game. Basically, this can be done with the help of the comprehensive FAQ section available directly in the game. To test the knowledge, the official MicroGaming site can be used as there this game can be player in a free play demo mode. Also, trailers can explain a lot. 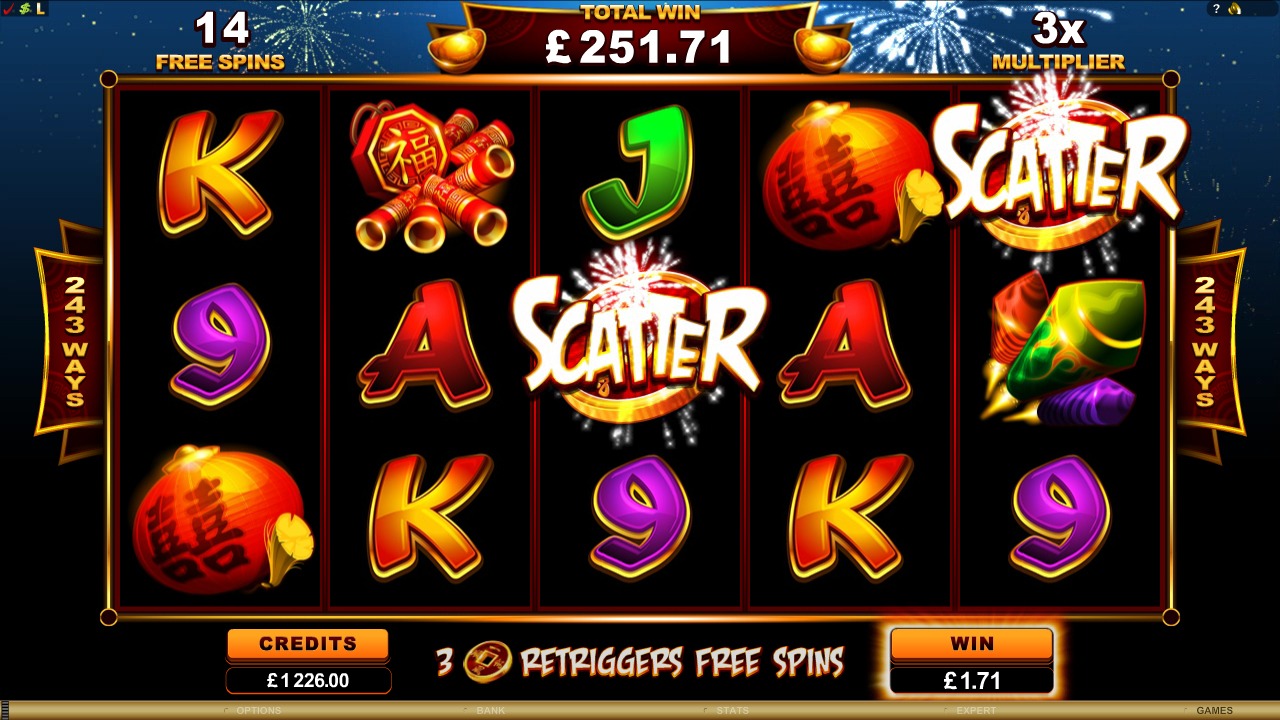 Given the game’s popularity, no wonder it can be found of most online casino sites. Being one of the most popular of MicroGaming slots, it can be played for free on many resources. On some of them, such as the Slots Temple Casino for example, this the player even win money as this game is included in casino’s no deposit offer. Since the game is very simple and requires virtually no strategy to play, any player can start enjoying wins shortly after trying the game out.

The Lucky Firecracker video slot enjoys a well-deserved popularity due to the following reasons:

Among slot’s drawbacks is worth mentioning: